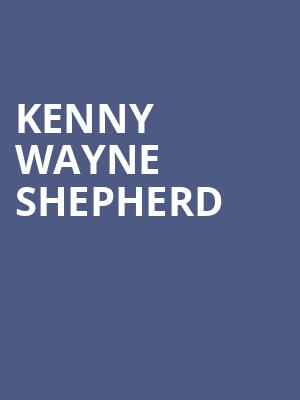 One of America's finest rock guitarists

Get ready to rock the house down as the Kenny Wayne Shepherd Band hits the road with their recent album, The Traveler - featuring Blues, Rock and of course guitars! There are few guitarists around who would dare stand toe to toe with Kenny Wayne Shepherd. A musical prodigy, the Louisiana native released his first record Led-better Heights at the tender age of 18. It was a runaway success, with Shepherd's exceptional playing elevating the rather standard blues fare contained within.

Shepherd has continued to hone his craft in the intervening years, casting his magical powers over material from the rock greats as well as producing a few new classics of his own, such as 1997's Blue on Black.

You may be required to have had a COVID vaccine in order to attend this performance or show proof of a negative test. Please contact the venue directly for more information on this.

About Baton Rouge Theater: We are an independent show guide not a venue or show. We sell primary, discount and resale tickets and prices may be above or below face value.

View all times and dates

Sound good to you? Share this page on social media and let your friends know about Kenny Wayne Shepherd at Raising Canes River Center Theatre.