Sorry! You missed The Band Perry at Varsity Theatre 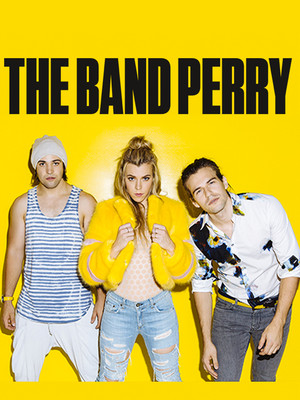 "...the Band Perry is transitioning away from country toward full-blown pop with marvellous results."

Why See The Band Perry?

Get a taste of country-pop goodness from the Perry siblings! Since their self-titled debut in 2010 sky-rocketed to quadruple platinum heights with hit single "If I Die Young" the band hasn't rested on their laurels, solidifying their place amongst Nashville contemporaries with second album Pioneer in 2013. Having sold two and a half million albums, twelve million singles, and over 600 million streams the band is showing no sign of slowing down!

The Band Perry mixes a good old country twang with a stadium-filling anthem aesthetic to produce upbeat power pop that sticks in your head for months at a time. Lead by front-woman Kimberly Perry and her melodic hooks, the band lives it up on stage, imbuing their performances with a genuine lust for life and positive, party atmosphere. They're stars are sure to keep on rising to dizzying heights!

Sound good to you? Share this page on social media and let your friends know about The Band Perry at Varsity Theatre.